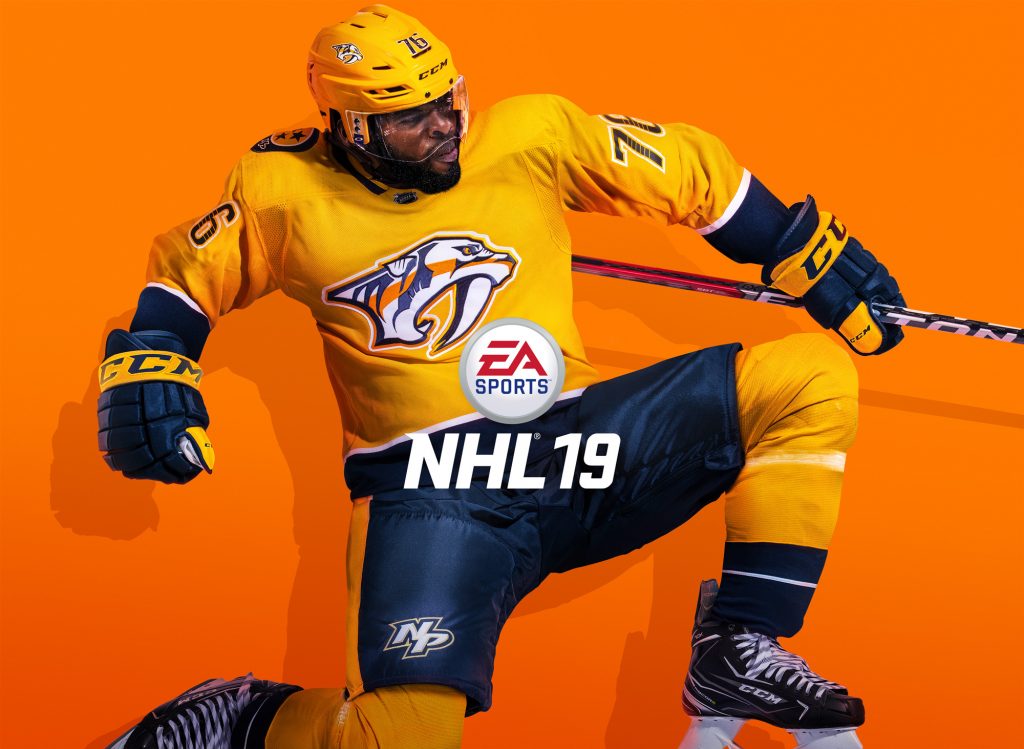 For the first time in franchise history, NHL ® 19 allows players to journey from the pond to the pros and play on outdoor rinks in new and returning game modes. Players can create a character and express their look and playstyle with over 900 new customization items including, for the first time, lifestyle apparel inspired by pond hockey. On the ice, the cutting-edge animation technology Real Player Motion (RPM) Tech delivers explosive-edge skating with more acceleration and responsiveness that looks and feels better. NHL ® 19 also lets players compete with and against over 200 of the greatest hockey legends to ever play the sport, including Wayne Gretzky.

“Growing up, and still to this day, my friends and I love seeing who is on the cover and ultimately getting to play the game,” said Subban. “Being the cover athlete for NHL 19, for me, represents growth within our sport, embracing different personalities, and showing that anything is possible. I’m honored to be able to sport the Smashville colors on this year’s cover.”

In NHL ® 19, the sport returns to the ponds where players can compete under a unified progression hub called World of CHEL that unites EA SPORTS Hockey League, NHL THREES™ Drop In and two new modes, NHL ONES™ and Pro-Am. NHL ONES™ pits three players against each other in a 1v1v1 free-for-all with no rules and no stoppages. Players can win to rank up to new outdoor locations and defend their position as king-of-the-hill. Players can also play in any World of CHEL mode to progress their online Create-A-Character, unlock rewards, and customize their look and their playstyle.

Powering the core of NHL ® 19 is cutting-edge gameplay technology, RPM Tech, which redefines the way movement and animations are captured. RPM Tech enables explosive-edge skating, giving players more control, faster acceleration and more responsiveness as they move up and down the ice. RPM Tech combines with a new collision physics system that introduces more contextual body-checking, bringing bigger, badder, jaw-dropping hits that are dynamic based on speed, size and point of impact.

Fans can enjoy all that NHL ® 19 has to offer while also paying tribute to stars of the past with the addition of Legends, featuring over 200 of hockey’s greatest from all eras, including Wayne Gretzky. Players can compete as Hero Teams that combine squads of superstars from the past and present for an ultimate fantasy matchup. Play with the best of the best from all eras in both single-player and multiplayer modes.

The youthful expression of today’s hockey is also represented in NHL ® 19 where, for the first time, players can create a unique look with lifestyle gear and clothing, including hoodies, jackets, parkas, and knits frame hockey lifestyle brands and unique custom designs. New playstyle classes and player traits also let players customize the way they perform on the ice, allowing fans the freedom to create and compete as the players they’ve always wanted to be.

NHL ® 19 is available on September 14, 2018 for PlayStation 4 computer entertainment system and Xbox One. Be first in line to compete from the pond to the pros, unlocking the full game three days early on September 11, 2018 when you pre-order the NHL®19 Legends Edition and NHL®19 Ultimate Edition*! In addition, EA Access members can play for up to 10 hours starting September 6, 2018 with the EA Access Play First Trial.** For more information on EA SPORTS NHL, visit the website at www.easports.com/NHL.

Electronic Arts (NASDAQ: EA) is a global leader in digital interactive entertainment. The Company develops and delivers games, content and online services for Internet-connected consoles, mobile devices and personal computers. EA has more than 300 million registered players around the world.

In fiscal year 2018, EA posted GAAP net revenue of $5.2 billion. Headquartered in Redwood City, California, EA is recognized for a portfolio of critically acclaimed, high-quality brands such as The Sims™, Madden NFL, EA SPORTS™ FIFA, Battlefield™, Need for Speed™, Dragon Age™ and Plants vs. Zombies™. More information about EA is available at www.ea.com/news.

EA SPORTS, Battlefield, The Sims, Need for Speed, Dragon Age, and Plants vs. Zombies are trademarks of Electronic Arts Inc. John Madden, NFL, NHL, and FIFA are the property of their respective owners and used with permission.

PlayStation is a registered trademark of Sony Computer Entertainment, Inc.

NHL and the NHL Shield are registered trademarks and NHL Awards name and logo are trademarks of the National Hockey League. NHL and NHL team marks are the property of the NHL and its teams.

The Next Chapter of the Conjuring has ...