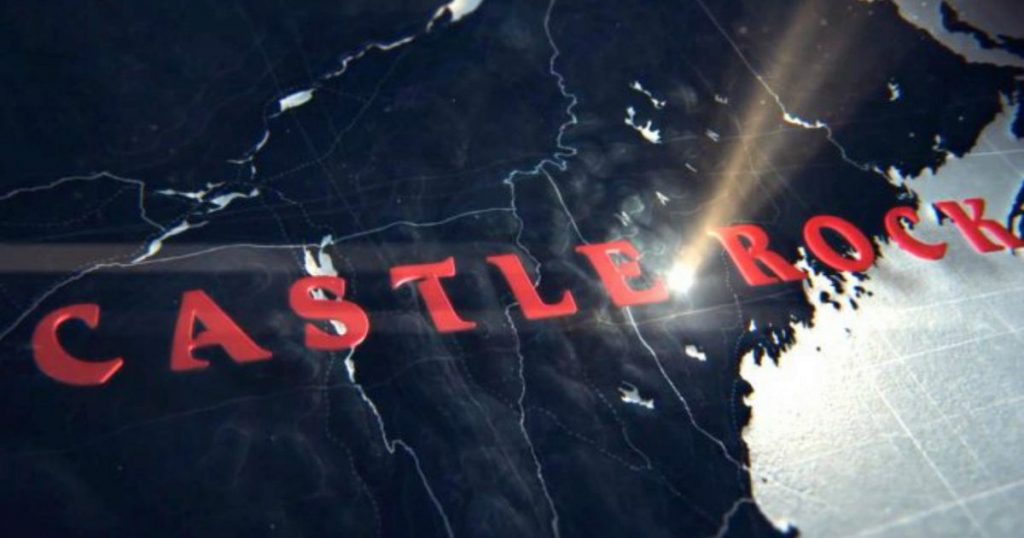 (February 21, 2017 – Santa Monica and Burbank, CA) – Hulu is taking viewers into the chilling world of acclaimed, best-selling author Stephen King in the new Hulu Original drama series “Castle Rock,” from J.J. Abrams’ Bad Robot Productions, Warner Bros. Television and executive producers/writers Sam Shaw & Dustin Thomason. Hulu has ordered a 10 episode first season of the on-going series, with production set to begin this year. A teaser trailer for “Castle Rock” has been viewed more than one million times since it was released on Friday, Feb. 17, and can be viewed at https://youtu.be/UGHupqE1LCI.A psychological-horror series set in the Stephen King multiverse, “Castle Rock” combines the mythological scale and intimate character storytelling of King’s best-loved works, weaving an epic saga of darkness and light, played out on a few square miles of Maine woodland. The fictional Maine town of Castle Rock has figured prominently in King’s literary career: “Cujo” “The Dark Half,” “IT” and “Needful Things,” as well as novella “The Body” and numerous short stories such as “Rita Hayworth and The Shawshank Redemption” are either set there or contain references to Castle Rock. “Castle Rock” is an original suspense/thriller — a first-of-its-kind reimagining that explores the themes and worlds uniting the entire King canon, while brushing up against some of his most iconic and beloved stories.

“Castle Rock” reunites Hulu, King, Bad Robot and Warner Bros. Television, which previously collaborated on event series “11.22.63,” based on King’s novel. The series will stream exclusively in the U.S. on Hulu and Warner Bros. Worldwide Television Distribution will distribute globally.

“Castle Rock” is based on characters and situations created by Stephen King. Sam Shaw & Dustin Thomason developed the project for television and serve as executive producers along with J.J. Abrams, Ben Stephenson and Liz Glotzer. The series is from Bad Robot Productions in association with Warner Bros. Television.

Stephen King is one of the world’s most successful writers, having published more than 50 books in an illustrious career spanning more than 40 years. His works have been adapted for theatrical motion pictures and television more than 50 times. Two feature films based on King’s books are scheduled to be released in 2017, “The Dark Tower” and “IT.”

J.J. Abrams co-wrote, produced and directed the blockbuster hit film “Star Wars: The Force Awakens,” and he is also producing the next chapters of the “Mission: Impossible” and “Star Trek” film franchises. Ben Stephenson serves as head of television at Abrams’ Bad Robot Productions. In addition to “Castle Rock,” Bad Robot produces Warner Bros. Television’s acclaimed hit drama series “Westworld” (created for television by Jonathan Nolan & Lisa Joy) for HBO as well as “11.22.63” for Hulu and many other series.

About Hulu:
Hulu is a premium streaming television destination that offers hundreds of thousands of hours of the best of current season programming, premium original content, films and full seasons of hit series to subscribers with limited commercials for $7.99 per month and commercial free for $11.99 per month. Hulu is the only subscription streaming service that offers current season content from the largest U.S. broadcast networks, as well as acclaimed Hulu Originals including “The Mindy Project,” “The Path,” “11.22.63,” “Difficult People,” the Golden Globe nominated comedy series “Casual,” and the upcoming “The Handmaid’s Tale,” “Future Man” and “The Looming Tower.” Since its launch in 2008, Hulu has been at the forefront of entertainment and technology and continues to redefine TV by connecting viewers with the stories they love.

About Warner Bros. Television:
Warner Bros. Television (WBTV) is one of the entertainment industry’s most respected providers of original content, producing award-winning drama and comedy series for broadcast network television, cable and on-demand platforms. As of February 2017, WBTV is producing and distributing more than 30 primetime series, with programs on each of the five broadcast networks, in addition to shows on cable’s HBO, TNT and Showtime, as well as Netflix and Hulu. WBTV’s broadcast network series include “2 Broke Girls,” “The Big Bang Theory,” “Mom” and “Training Day” for CBS; “Blindspot,” “Powerless” and “Trial & Error” for NBC; “The Middle” and “Time After Time” for ABC; “Gotham,” “Lethal Weapon” and “Lucifer” for FOX; and “The 100,” “Arrow,” “DC’s Legends of Tomorrow,” “The Flash,” “Frequency,” “iZOMBIE,” “The Originals,” “Riverdale,” “Supergirl,” “Supernatural” and “The Vampire Diaries” for The CW, among others. Its cable series include “The Leftovers” and “Westworld” for HBO, “Major Crimes” for TNT and “Shameless” for Showtime. For Netflix, WBTV produces “Gilmore Girls: A Year in the Life” and the upcoming “Disjointed,” and distributes the upcoming “Green Eggs and Ham,” produced by Warner Bros. Animation. WBTV produces the upcoming “Castle Rock” and previously produced the event series “11.22.63” for Hulu.