Mowgli : A Dark Re-telling of The Jungle Book in Theaters Oct 19th

In his directorial debut Andy Serkis is bringing his motion capture prows to a retelling of Rudyard Kipling’s classic novel The Jungle Book. This is not to be confused with Disneys Jungle book , for this is a far darker tale pulling directly from Rudyard Kipling’s writings.

Serkis has enlisted some of hollywood’s finest to fill the role of the animal characters including  Christian Bale as  Bagheera ;  Cate Blanchett as Kaa  ; Benedict Cumberbatch as Shere Khan; Naomie Harris  as Nisha, the female wolf, who adopts the baby Mowgli as one of her cubs;Peter Mullan as the leader of the wolf pack, Akela; and Andy Serkis himself  lending his motion capture talents to the cast as Baloo.

Human child Mowgli is raised by a wolf pack in the jungles of India. As he learns the often harsh rules of the jungle, under the tutelage of a bear named Baloo and a panther named Bagheera, Mowgli becomes accepted by the animals of the jungle as one of their own, but the fearsome tiger Shere Khan doesn’t take a liking to him. But there may be greater dangers lurking in the jungle, as Mowgli comes face to face with his human origins.

Mowgli is Slated to open October 19 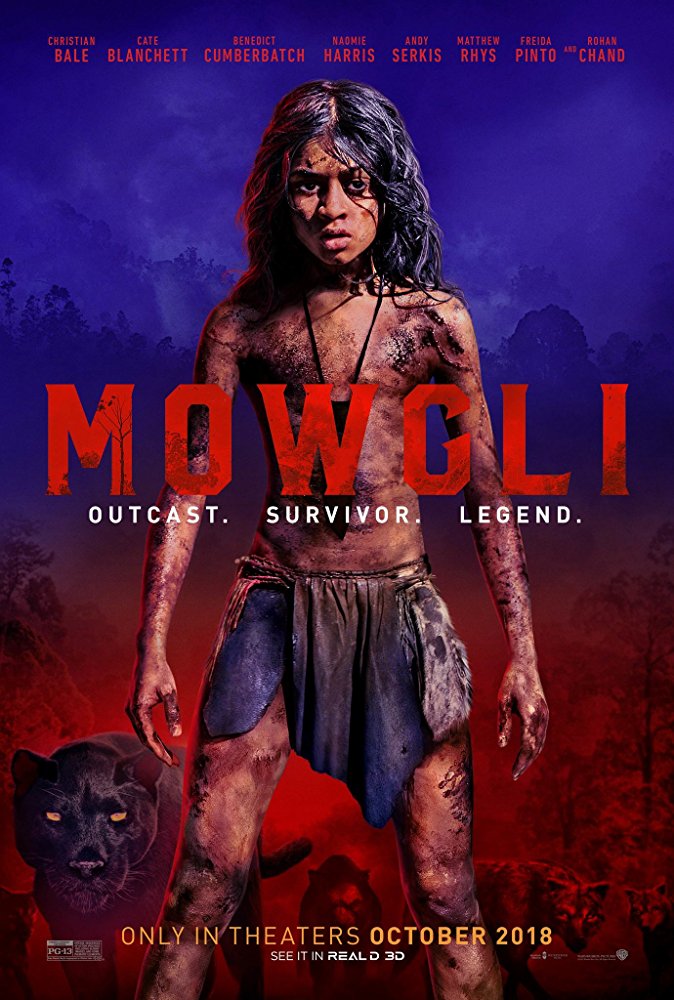