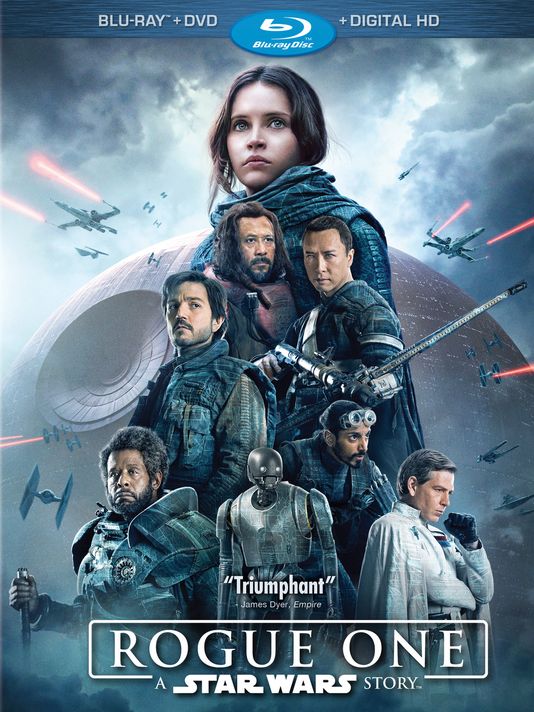 “Rogue One: A Star Wars Story” will be coming home on Digital HD on March 24th and Blu-ray on April 4th.  This news comes on the heels of the start of production announcement of the untitled Han Solo Star Wars Story.  “Rogue One” has established its place within the Star Wars universe and the hearts of moviegoers, becoming the seventh highest-grossing film of all time in the U.S.

Arriving early on Digital HD and Disney Movies Anywhere on March 24th, and on Blu-ray™ Combo Pack, DVD and On-Demand on April 4th, the release includes never-before-seen “Rogue One” bonus material that will take fans behind the scenes with the movie’s diverse, dynamic cast and inspired team of filmmakers. An intimate collection of stories reveals how the film came to life, as well as hidden Easter Eggs and film facts that audiences may have missed in the theater.

Pre-order your copy from Amazon today!