Star Wars:Force for Change is giving you the chance to be in the new Han Solo stand alone film 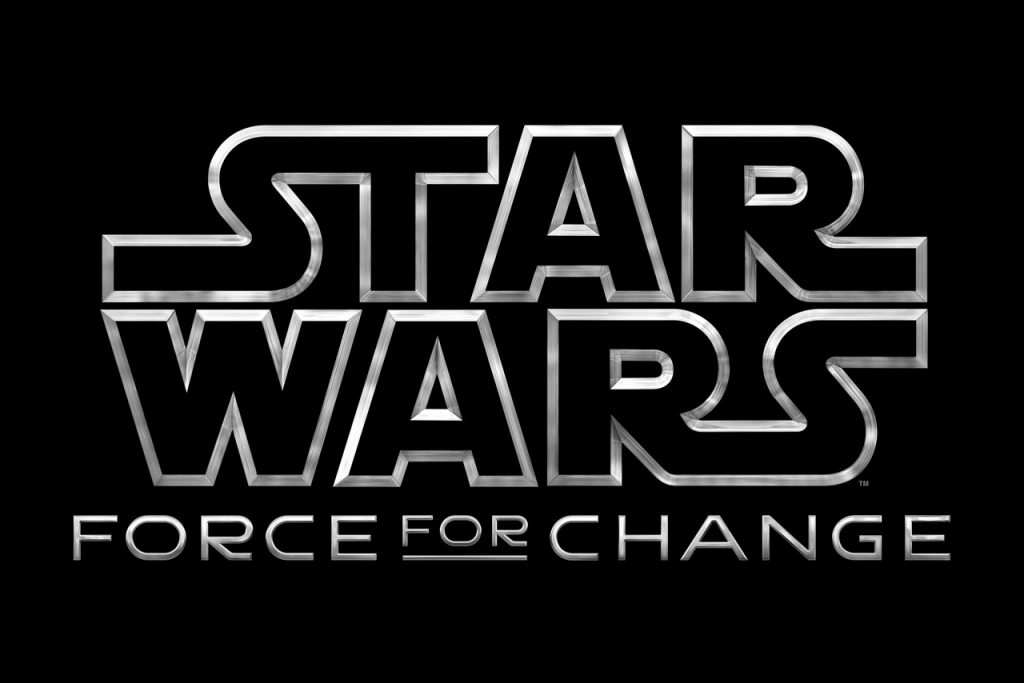 “Heroes come in all sizes, and you don’t have to be a giant hero. You can be a very small hero. It’s just as important to understand that accepting self-responsibility for the things you do, … [like] caring about other people–these are heroic acts. Everybody has the choice of being a hero or not being a hero every day of their lives. You don’t have to get into a giant laser-sword fight and blow up three spaceships to become a hero.”
– George Lucas (Mythology of SW)

Following the release of Star Wars: A New Hope in the late 1970’s, fans began to embrace Star Wars stories of struggle, hope and inspiration on a more personal level. Philanthropy was very important to George Lucas — he used early screenings to raise money for charities around the world with a particular emphasis on children’s healthcare and education. Over the course of the last three decades, Star Wars fans have kept this philanthropic spirit alive by volunteering their time to countless charities across the world and raising millions of dollars in donations.

With new Star Wars stories on the horizon, Star Wars: Force for Change aims to support the immense passion and goodwill of our fans and promote change through inspiration, stories and meaningful partnerships.

Do you want to celebrate Star Wars‘ 40th anniversary — and support a good cause for the chance to win amazing prizes? Star Wars: Force For Change has the fundraising campaign you’re looking for.

As announced today on Good Morning America, Star Wars: Force For Change has teamed up with Omaze to launch Star Wars “Past, Present, and Future” — a new fundraising campaign to benefit UNICEF and Starlight Children’s Foundation — in honor of the saga’s landmark anniversary.

The initiative kicks off today, April 11, and runs for four weeks until May 11; all who enter at Omaze.com/StarWars will have the chance to win an appearance in the upcoming untiled Han Solo movie, tickets to the world premiere of Star Wars: The Last Jedi, or an overnight stay at Skywalker Ranch. Each week, a new prize will be awarded to a randomly-selected winner, and at the end of the campaign, one randomly-selected grand prize winner will be awarded all three Force-filled experiences.

Starlight Children’s Foundation is joining Star Wars: Force For Change as the initiative’s newest charity beneficiary in 2017. Through a $1 million grant, Star Wars: Force for Change supports the foundation’s core programs which are designed to bring comfort and joy and comfort to hospitalized kids through Starlight’s network of more than 700 children’s hospitals, clinics, camps and other partners across the US. Star Wars: Force for Change and fan donations through this campaign will also provide new Starlight programs, like fun, comfortable Star Wars-themed Starlight Brave Gowns, to tens of thousands of hospitalized children across the country.

“In a year that we celebrate 40 years of the Star Wars saga, I continue to be inspired by the incredible generosity and charitable efforts of our fans,” said Lucasfilm president Kathleen Kennedy. “We are so proud of their tireless dedication to positively impact the lives of children and others around the world, and hope this year’s Force For Change campaign will offer a few of those wonderful fans an experience they will never forget.”

The prizes are themed to honor all eras of the saga, as follows:

Fans are encouraged to follow the campaign at Omaze.com/StarWars for exclusive updates each week.

NO PURCHASE NECESSARY TO ENTER OR WIN.  Void where prohibited.  Promotion begins 12:01 AM Pacific Time (PT) on April 11, 2017 and ends at 11:59 PM PT on May 11, 2017.  Must be at least eighteen (18) years old and a resident of an eligible domicile to enter and win prizes. Residents of of Belgium, Bulgaria, the Czech Republic, Cuba, Iran, Iraq, Italy, Malta, North Korea, Singapore, Sudan, Syria, or Thailand are not eligible to enter. Sweepstakes consists of four (4) prize drawings; odds of winning a prize depend on number of entries received for each drawing. For free entry: (i) send postcard to Sponsor at P.O. Box 866, 9942 Culver Blvd, Culver City, California 90232 and write the following statement: “I have read and agree to the Star Wars: Force For Change Official Rules” and send by applicable mail date; or (ii) visit www.omaze.com/starwars.  Prizes that include being filmed in a movie scene do not guarantee that such footage will be included in the final movie. Travel and accommodations are at Sponsor’s discretion and subject to availability and change.  Winner and guest may be required to pass a background screening or security check to receive a prize and/or reward. Visa conditions may apply. All taxes are winner’s responsibility.

Rewards are separate from sweepstakes prizes.  Some rewards are limited in quantity. Not sponsored, endorsed or administered by, or associated with Facebook®.  Residents of certain territories may be required to successfully complete a trivia question to qualify.  For full sweepstakes entry requirements, methods & entry periods, prize details, list of rewards and all limitations & restrictions, see Official rules at www.omaze.com/starwars.   Sole Sponsor: Omaze, Inc., P.O. Box 866, 9942 Culver Blvd, Culver City, California 90232.

Ready Player One : In Theaters March ...