The views of the Snark do not reflect the views or Opinions of 13th Hour Online or any of their partners or affiliates in any way. This is purely satirical and meant for a laugh and nothing more. (So lighten up Francis ) These reviews may contain spoilers of this film (or possibly others or even the ending of LOST…..sorry JJ ) so reader beware. The views expressed within are solely the views of a jaded, grumpy old man who loves Batman a little too much and wants you to get  off his lawn. 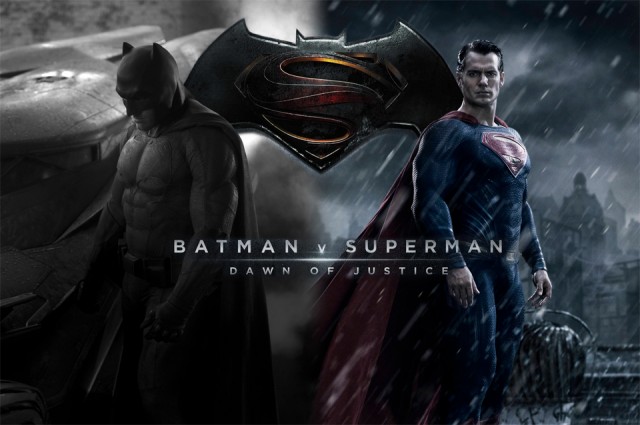 Batffleck the Movie….with a lil bit of Superman: Dawn of Franchises and looking pensively into the distance

A lot of people are going to hate this movie.  Not like, “wow that wasn’t good” hate. Closer to “Fuck you George Lucas, you raped my childhood” hate…Kinda like Man of Steel. I loved the hell out of Man of Steel. I thought it was a huge sloppy mess of super-awesome, and this film is a good continuation of that. It’s just shoehorned into what could have been an even better solo Batman film, which will apparently be coming out in 2018.

Every scene with the guy who was the bomb in Phantoms lays to rest any internet nerd rage that you may have had when you heard about his initial casting. The dude is good. His Bruce Wayne acts like a drunken swaggering playboy when needed and in costume he is the scary beater of ass that no Batman before him has been able to pull off.  Criminals should be scared of this dude. Hell, if I wasn’t Batman, I’d be scared of this dude. The guy set up shit for fight hours in advance. Did you ever do that Clooney? Did you?!?!?!?

Superman, just like I generally think of Superman, was pretty damn boring. He stared at people doing his best Blue Steel look, he let people around the word die while wasting his time getting Lois Lane out of sticky situations…Zach Snyder may have finally given us a godlike Superman, but he kept in one of Superman’s most annoying qualities…pussywhippedness. For those of you that never thought the Clark Kent side of his personality was worth much, you’re in for a treat, the glasses aren’t in this much and the staff of the Daily Planet all seem to know that Clark is Superman.

Batman and Superman are pitted against each other by the evil plots of the guy from the Facebook movie for reasons that they never actually go into. They tell you why Batman would want to take out Superman, they tell you why Superman would want to stop Batman. Why Lex Luthor would care enough to stop making bazillions of dollars a minute to focus on taking these guys out…if have zero idea. Maybe they’ll explain it in one of the 5 sequels they alluded to in this one. That being said Facebook guy steals almost every scene he’s in. Dude is friggin creepy in a way that Gene Hackman and his sidekick from Deliverance could never be.

I’ve been hearing rumblings for a while that Wonder Woman is the standout of this whole affair. WHO THE FUCK HAS BEEN SAYING THIS AND WHY?!?!?!?! She was great in the end fight scene, which is like 10 minutes out of a close to 3 hour film. Before that all she does is slink around in form fitting dresses (thank you) and watch things happen on CNN. I don’t know if that counts as building character, but it’s gonna sell some action figures. 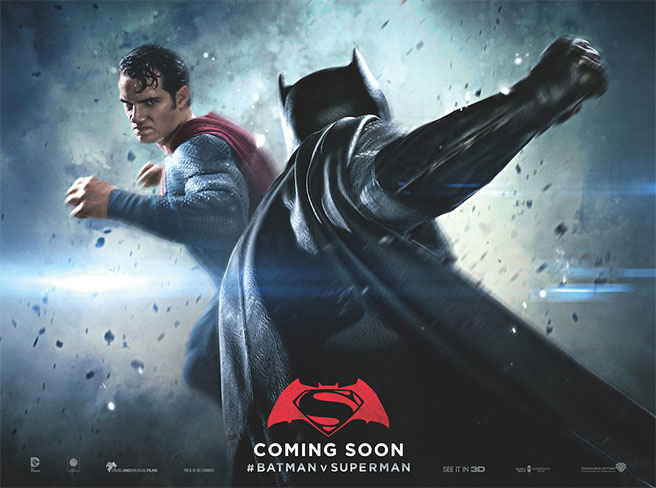 The supporting cast was pretty great. Batman now has Klaus Von Bulow as his butler/mechanic/bodyman/therapist.  Amy Adams gets pushed off of things in a way Margot Kidder never could. For some reason they decided to make Ma Kent look older so we wouldn’t remember she was the hot rock star from Streets of Fire. There’s a scene where it would have made sense for her and Amy Adams to make out. Opportunity missed. Maybe in the R rated Directors Cut.

Shoe horn in some very lazy cameos to set up the upcoming Justice League film, a lot of CW emotion, some conspiracy plot that gets too much screen time , the Abomination from the Hulk movie and enough slow-mo shots to make John Woo jealous.

All of that being said…I kind loved the hell out of this movie. It would have been a ton better with better editing and someone telling Zach Snyder to rein it in a little, but I finally have a film where it makes sense to have Batman and Superman in the same universe and on screen together.

The Snark: Review of Logan